I’ve spent 5 out of the last 6 weekends away from the city–on the shore of Lake Michigan, in a small lakeside town in central Wisconsin, and camping along the banks of the Wisconsin River. I return to these same places every summer, spending a good chunk of my July and August floating in freshwater and soaking in midwestern sunsets. Even though I have an impossibly long travel wish list and try to go to new destinations as often as possible, I look forward to my midwestern summertime every year.

This year, I took along a waterproof speaker and attached it the front of my kayak with bungee cords so I could listen to a mix of pop, indie rock, and 70’s AM Gold while paddling. I’d tuck a New Glarus Spotted Cow in a coozie into the drink holder, then leisurely cruise around the lake, sipping my beer and humming along to “Waterloo Sunset”, “Summer Breeze,” and “Night Moves.” As the sun set further into the sky, the surface of the lake turned glassy and still, reflecting the dark silhouettes of tall pine, the sky above a melted popsicle orangey pink. I spend a week with my family on this lake every year. We take rides on the pontoon boat and drop anchor in different parts of the chain, cannonballing into deep water. There’s home movies of me at 5 years old, playing in these same waters, the same orangey sunset in the background, overlaid with the staticky fuzz of VHS.

Every August, a group of our friends do a float trip on the Wisconsin River. For 16 years now, we return to the same campsite along the river bank. In this timeframe, people have come and gone, gotten married and had kids, and moved out of state. But every year, we keep going back, reliving the same carefree day spent floating down the same 6 miles of river, drinking local beers on sandbars and laughing over memories from years ago. We retell our favorite stories while living out new ones that will be told over the same fire pit in future years.

I’m a notorious winter apologist, but there’s nothing like summer days and nights that bring out my love for the Midwest. Give me three months of campfires, golden afternoons spent kayaking to the lakeside bar,  hiding out from hot days while sipping Bloodys and Old Fashioneds in a dive with flannel curtains on the windows, and dipping my bare feet into silky blue water as it runs along the sides of a canoe. I fantasize about leaving the city for longer stretches of time to live on the water, somewhere quiet and wooded, where fog lingers in the mornings and burns off as the sun rises, and the surface turns to glass as night falls. 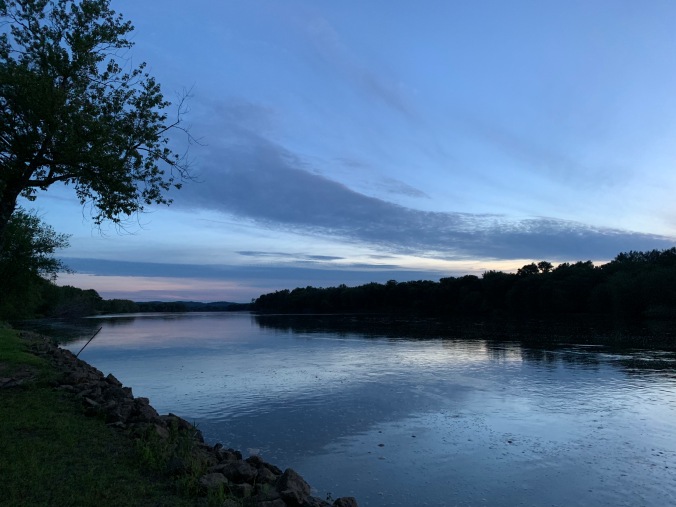